With the delivery of attractive Mercedes GLA and Porsche Boxster cars to the lucky winners, the big Hifa Petrol prize game "Win a Mercedes, a Porsche and over 2,700 prizes for 100 KM of HPLUS fuel" has ended.

Mahir Tokić from Gradačac is the lucky winner of a Porsche Boxster, while Slobodan Tadić from East Sarajevo is the winner of a Mercedes GLA. Valuable prizes were presented to the winners by Ahmed Ahmetlić, representative of the Hifa Petrol company.

"I am a regular customer of fuel at Hifa Petrol and have been using the Premium Card, their loyalty card for a long time because it offers many benefits to customers. Having the card also allowed me to participate in their big prize draw. Honestly, I didn't expect to be able to win the car, so the surprise was even bigger. After the TV broadcast, even though it was late at night, I immediately contacted them via social media and quickly received a positive response, so I had no more doubts. My parents were happier than me. I would like to thank the Hifa Petrol company for enabling a twenty-four-year-old man to realize his dream," said Mahir Tokić, the winner of the Porsche Boxster car.

Slobodan Tadić, winner of the valuable Mercedes GLA car, did not hide his enthusiasm.

"I was out of the country and didn't watch the TV broadcast of the final draw, but my son did and immediately told me the good news. I have been filling the best HPLUS Euro 6 fuel at Hifa Petrol for years, and I had almost 40 entries for this raffle alone. I follow their work and development and I am really satisfied with both the service and the approach to customers. They are the best for a reason" - Slobodan Tadić enthusiastically pointed out, and you can watch the video of the draw on the company's YouTube channel:

These winners are proof that the Premium Card has a reason to carry the slogan Returns money and a smile on your face, and over 170,000 satisfied users of this card have already convinced themselves of this.

The big Hifa Petrol prize draw lasted from May 1 to October 1 this year. Over 2,700 valuable prizes were awarded, as well as the main prizes of Mercedes GLA and Porsche Boxster cars. The final prize draw was held and broadcast on October 6 on Face TV. The list of lucky winners of the prize game was published on social networks as well as on the official website of the Hifa Petrol company, and you can watch the video of the prize draw on the company's YouTube channel.

This is the end of another in a series of large prize games with which the Hifa Petrol company constantly rewards the loyalty of its customers. The most successful oil company continues to invest in new projects, expand its retail network and prepare numerous benefits for its loyal customers in the coming period.

"According to the expansion of our retail network, the number of customers we want to thank also increases, and by organizing a large prize game with a pool of over 2,700 prizes, we thank them for their trust and support all these years. We congratulate the winners and wish them many kilometers covered with the best HPLUS Euro 6 premium fuel," said Ahmed Ahmetlić, the company's representative.

Hifa Petrol has been successfully operating on the market of Bosnia and Herzegovina for 17 years. In cooperation with a world-renowned corporation - a leader in additive technology, it developed additive HPLUS EURO 6 premium fuel. High-quality fuels of the latest generation bring superior performance and improved economy to vehicles, reduce fuel consumption by up to 4%, increase power and extend engine life.

They currently own 49 retail stores, and the opening of the jubilee 50th gas station in Gradiška is announced. They will certainly not stop there, and they plan to expand their network of gas stations.

Your best friend on the road, is the slogan of Hifa Petrol, a company that always puts product quality and customer satisfaction first. 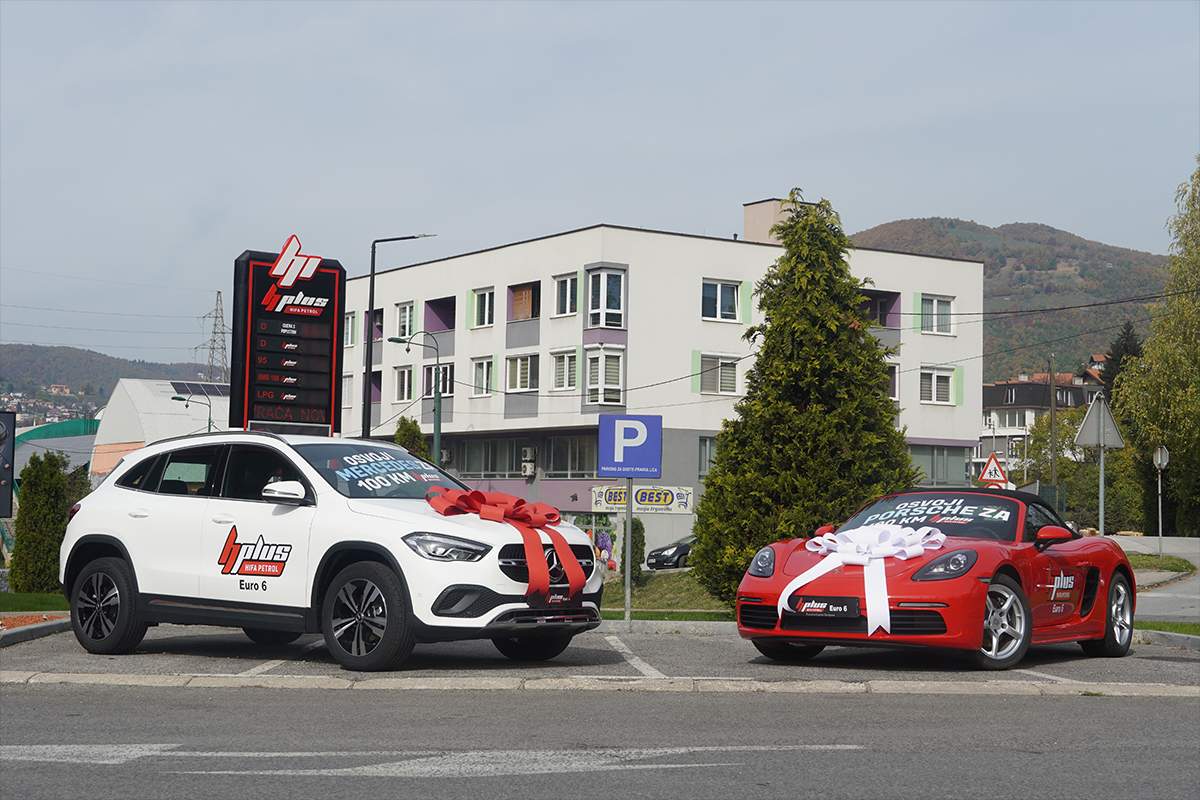